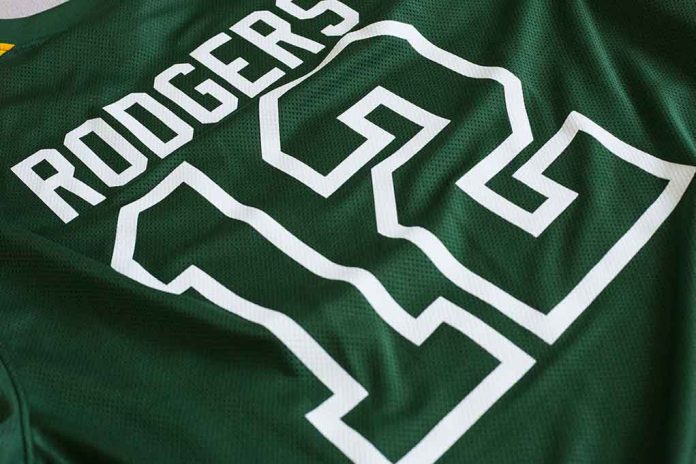 (IntegrityMag.com) – Medical experts have begun discussing a relatively new pandemic-related phenomenon called “COVID toes.” Some patients who contract the virus report experiencing swollen and discolored toes and fingers. Though researchers have not yet confirmed a link, they have speculated this might be an immune response to coronavirus infection. Whether the condition is real or not, it’s managed to find itself at the center of a developing controversy surrounding Green Bay Packers quarterback Aaron Rodgers.

During an interview with Pat McAfee last week, Rodgers jokingly blamed the condition for a foot injury he suffered. The Wall Street Journal reported the story as if he had been serious, prompting many people on social media to ridicule the football player.

Rodgers clarified that he had been joking. He also complained that staff members on his team may be leaking his medical information to the press. This allegation follows the revelation Rodgers was unvaccinated when he contracted COVID-19 earlier this year despite publicly implying he had received his shots.

Aaron Rodgers is “furious” that his vaccination status leaked to the press, NBC reports. He previously implied he had gotten the jab, but after he tested positive this week, multiple reports emerged that he had not, in fact, received the vaccine. https://t.co/gnLfcPTKRm

He said he didn’t know where the news about his medical status had come from, but he was aware that some people in his professional orbit leaked information to media sources occasionally.