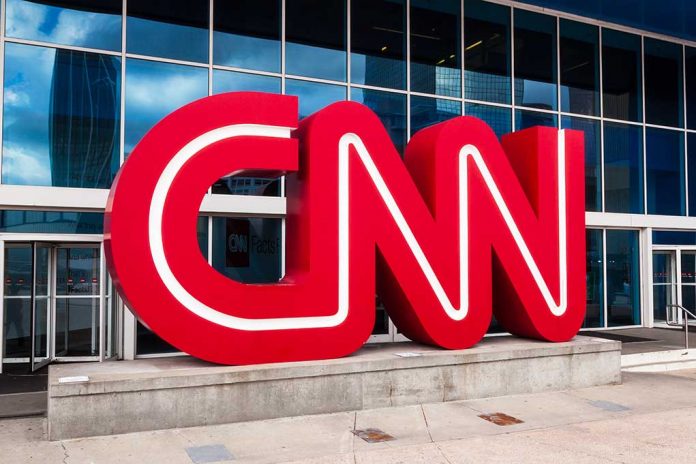 (IntegrityMag.com) – CNN calls itself the “Most Trusted Name in News.” The tagline is an undeniably bold claim, one which is almost certainly false. The network’s left-leaning bias has grown more and more profound over the years, and it rarely missed an opportunity to slam Donald Trump during the four years he spent in the White House. Joe Biden, on the other hand, frequently gets a pass, as do many of his liberal colleagues in Congress.

How can you trust a media company that cares more about politics than telling the truth?

It doesn’t stop with American politics, either. CNN has a habit of praising the Chinese Communist Party (CCP) despite its egregious record on human rights, leading some people to call the network a propaganda machine for the Chinese. The most recent example of this came on Friday, June 18, when CNN published a piece about China’s stellar COVID-19 vaccination record based on data from CCP officials.

The article stated China was soon to administer its billionth COVID-19 shot. It also said 500 million shots were handed out in May alone. However, it did not comment on the efficacy of the vaccine, which China developed. Earlier this year, Chinese officials themselves publicly admitted there were efficacy issues with their vaccine.

As anyone following COVID-19 news for the last year and a half knows, the CCP is not a reliable information source. Officials have repeatedly attempted to obscure the truth around the virus’s origins and have been unwilling to facilitate independent investigations into how it began. However, the Most Trusted Name in News appears unconcerned by this.

Others were not so quick to take the CCP (or CNN) at its word. A series of Conservative commentators quickly took to Twitter to ridicule the network for its apparent naivety.

China News Network pumping out the propaganda for the CCP. https://t.co/6BKz7fKN3i

As well as quoting potentially spurious vaccination statistics, CNN also took the opportunity to offer an admiring look into China’s system of government. It talked about the “powerful tool” that is China’s “top-down, one-party system.” This structure, aided by the country’s “sprawling bureaucracy” that can easily be implemented, allowed the Chinese to “curb the virus.”

CNN’s version of the truth is very generous to the CCP. To put it another way, China responded to the first wave of the virus so effectively because it had the power to impose lockdown measures so strict they would be unthinkable in the United States. Also, there remains the likely possibility Chinese officials were misreporting data around COVID-19 cases and deaths.

If it wants to gain some of the trust it claims to have, CNN needs to address its blind spots.