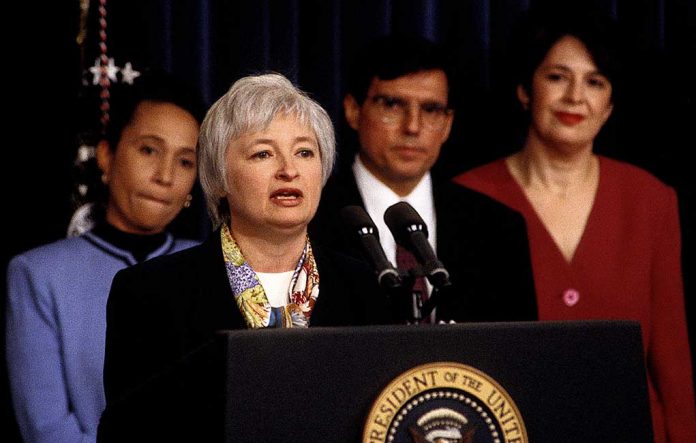 (IntegrityMag.com) – The debt ceiling is a concept that has existed in American fiscal policy since 1917. It refers to the maximum amount of money the government can borrow by issuing bonds. If debt levels approach the ceiling, the Treasury Department must raise funds using “extraordinary” measures.

That’s the problem facing America today. Massive spending has cranked up our debt levels, and we won’t be able to keep going much longer unless the ceiling is increased. On Wednesday, June 23, Treasury Secretary Janet Yellen appeared before a Senate Appropriations subcommittee to push for this move, warning that a failure to change the current limit could leave the US unable to meet its debt obligations. If the nation were to default on these obligations, Yellen said, there could be “catastrophic economic consequences.”

Some commentators have pointed to the massively expensive COVID-19 relief legislation passed since the pandemic’s onset as part of the problem. Were these not in the picture, the Treasury Department might be better able to repay debts with more conventional measures, like suspending pension contributions.

>>>>But spending on COVID-19 relief programs has added uncertainty to government cash flows. <<<<

The “financial crisis” Yellen warns of sounds like it could pose a severe threat to our nation’s economic well-being. However, Republican lawmakers may not be amenable to a change in the debt ceiling, as it could serve to enable more spending by President Biden.