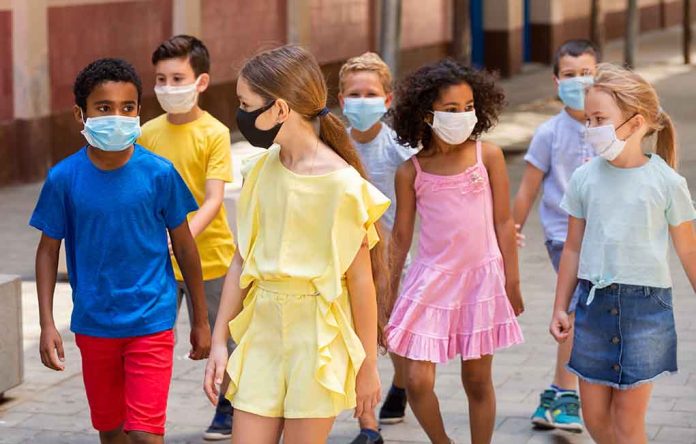 (IntegrityMag.com) – Democratic politicians largely favor mask-wearing rules and requirements, claiming they are effective in the fight against the spread of the COVID-19 virus. However, many left-leaning leaders have come up short when it comes to adhering to these rules themselves. One very popular liberal Democrat from Georgia is the latest to fall into this trap.

Gubernatorial candidate Stacey Abrams recently tweeted (before subsequently deleting) a photo of herself maskless in a room full of masked school children. After the initial post, the backlash was swift, with many people questioning why young children had to mask up to protect Abrams (48) when she wouldn’t extend the same courtesy to them. She deleted the post, but several users persisted in questioning her about the matter using screenshots.

You can see the photo in the tweet below.

Georgia Governor Brian Kemp (R) defeated Abrams in the state’s 2018 gubernatorial election and will likely meet her in the governor’s race later this year. He was among those to criticize the Democrat, pointing out her hypocrisy in backing mask mandates so strongly while failing to follow the rules herself.

Stacey Abrams isn’t the only Democrat of late to attract criticism for “mask hypocrisy.” California Governor Gavin Newsom, San Francisco Mayor London Breed and Los Angeles Mayor Eric Garcetti were all caught posing maskless for photos at an NFL game last month, in defiance of both stadium rules and a local mandate.