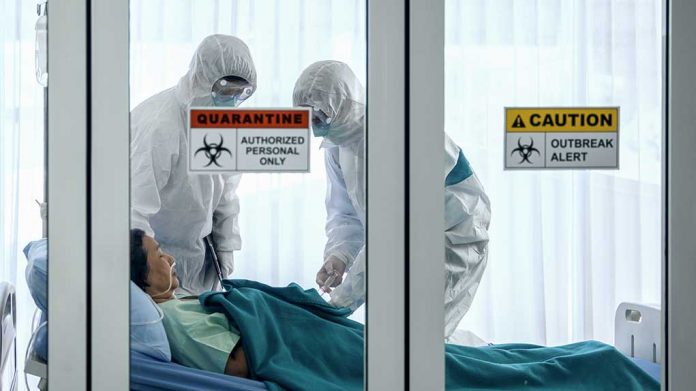 (IntegrityMag.com) – COVID-19 has swept the globe over the last 18 months; very few pockets have escaped its grasp. The United States has suffered especially heavily, with nearly 40 million confirmed cases and over 650,000 associated deaths as of the end of August.

However, new research suggests the country may have suffered even more greatly than the numbers suggest. According to the latest study from Columbia University on the topic, around 30% of Americans actually contracted the virus in 2020; many of them just didn’t know about it.

The researchers who wrote this study reckon that, while nearly a third of US residents had the virus before the end of last year, only around a quarter of infected individuals received a positive test. Because of this, the official statistics contain a much lower number.

They attribute their findings to the limited availability of coronavirus tests at the start of the pandemic. Many people with light symptoms likely remained home and isolated without officially confirming their infected status. Others would have been asymptomatic and could have unknowingly spread the virus around.

What Does This Mean?

As the virus continues to limit people in terms of work, leisure, and travel despite high vaccination rates, many suggest it’s time to abandon containment measures and resume normal lives. However, others are keen to wait longer, hoping that booster shots will confer better protection.

Statistics like those presented in this recent study suggest many individuals may also have natural immunity without even knowing. It’s worth considering how big a factor natural immunity might be in the push to return to normality.

How Other Countries Have Handled the Problem of COVID-19

Many areas of the United States persisted with light restrictions in the early days of the pandemic, determined to keep their economies and small businesses alive. This strategy potentially contributed heavily to the extensive case numbers last year. However, other areas pursued drastically different approaches.

The most famous example, of course, remains New Zealand. The small island nation maintained some of the most extreme lockdown measures in the world in 2020. Isolation and lock-down worked for the island nation because of the country’s relative isolation from the rest of the international community. New Zealand has recorded just 26 deaths related to COVID-19.

Of course, it’s worth considering the costs associated with such a strategy; New Zealand slipped into its worst recession in decades at the end of last summer.

With mask mandates and movement restrictions still in place in many areas worldwide, it’s worth wondering when we’ll finally be able to get back to normality once and for all.