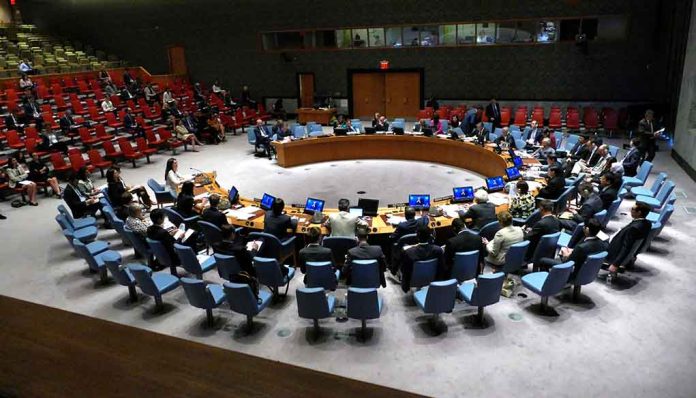 (IntegrityMag.com) – The Nuremberg Trials were held in Germany between 1945 and 1949 to hold high-ranking Nazi officials and others accountable for their heinous actions during World War II. Now, Ukrainian President Volodymyr Zelenskyy is calling for Russian leaders to go on trial in a similar fashion.

On Tuesday, April 5, Zelenskyy addressed the United Nations Security Council following the emergence of evidence of war crimes committed by Russian military operatives in Ukraine, the Associated Press reported. Zelenskyy was scathing in his criticism of the Kremlin, calling for UN leaders to bring charges against Russian officials without delay.

Ukrainian President Volodymyr Zelenskyy tells the U.N. Security Council that the Russian military must be brought to justice for war crimes.

In a video appearance, Zelenskyy accused the Kremlin's troops of the worst atrocities since World War II. https://t.co/Shsjk3prYw

Zelenskyy described some of the alleged atrocities Russians committed against his people. He claimed soldiers sexually assaulted women in front of their children and cut out the tongues of some individuals. He also said Russian tanks had crushed cars with Ukrainian civilians inside, and Russian troops had thrown people down wells and tossed grenades into the homes of Ukrainians.

According to the AP report, Russia’s ambassador to the UN, Vasily Nebenzya, strenuously denied many of Zelenskyy’s claims. In particular, he claimed the town of Bucha was not under Russian control, and none of the Ukrainians there had suffered violence at the hands of Russian soldiers. Nebenzya alleged evidence to the contrary was the product of Ukrainian deception.

The fighting in Ukraine has now been ongoing for six weeks. The BBC reported that NATO foreign ministers have been talking about potential solutions for several days.