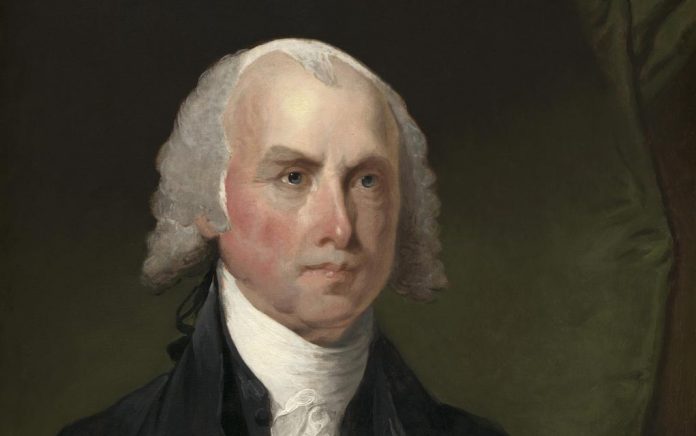 (IntegrityMag.com) – The Constitution of the United States serves as the supreme law in the US and sets the framework for our government. However, this important piece of US history wouldn’t have been possible if not for the Founding Fathers. Or, in this case, one in particular known as the “Father of the Constitution.”

James Madison Jr. was born on March 16th, 1751 in Port Conway, Virginia. He served the United States as the Secretary of State for Thomas Jefferson and as the fourth US President. Perhaps he’s better known for his work in regard to the US Constitution.

He played a vital role in building the framework of the Virginia Constitution in 1776. He also served in the Continental Congress and was even a leader in the Virginia Assembly. A history and government student, he graduated from Princeton University, which at the time was known simply as the College of New Jersey, in just 2 years.

Key Figure in Our Constitution

In 1787, the Constitutional Convention took place, where the then 36-year-old James Madison frequently took part in the debates — often from an energetic, insistent and determined standpoint. The planning and ratification of the US Constitution was largely influenced by Madison’s writing along with the writing of Alexander Adams and John Jay in the Federalist papers.

James Madison wrote 29 of the 85 essays that were used to help gain support among New York voters for ratification. Madison had also helped construct the framework of the Bill of Rights, or the first 10 amendments of the Constitution, while in Congress; these feats earned him his nickname.

However, when referred to by this term, Madison humbly protested that the US Constitution was not “the off-spring of a single brain.” Instead, he stated that it was “the work of many heads and many hands.”

While it may be true that the US Constitution was the work of many great minds, it seems that no one is more accredited than James Madison for its creation. He may have been humble about his accomplishments, but we can see now, hundreds of years after the Constitution’s creation, that he earned the name given to him.

If not for Madison’s devotion to law and his country, we may have a very different way of life today, and for that we can thank the Father of the Constitution.