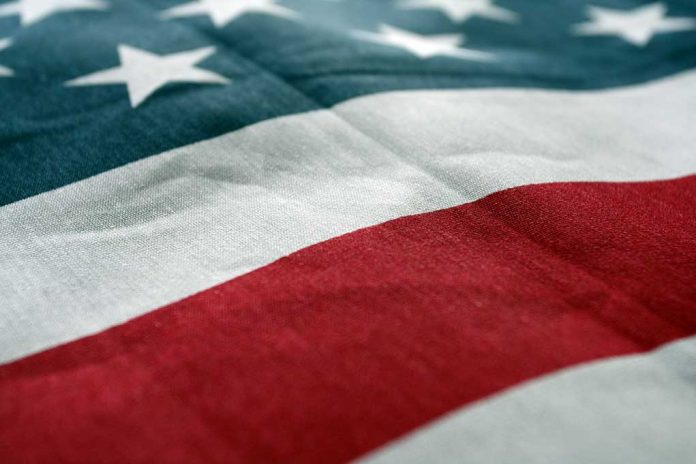 (IntegrityMag.com) – Many of us recited the Pledge of Allegiance daily in school. For this reason, the average American already knows the pledge by heart. What you might not be familiar with is its rich history and why it was created in the first place.

The Second Continental Congress’ Flag Resolution recognized the United States’ first official flag in 1777. However, the Pledge of Allegiance itself wasn’t created until 115 years later, in 1892. Francis Bellamy wrote it as follows:

“I pledge allegiance to my flag and to the republic for which it stands: one nation indivisible, with liberty and justice for all”.

The patriotic passage also came from a relatively unique source: it was written for the Columbian Exposition as part of a national school patriotic program. The text later changed to better accommodate the needs of the people.

50 years after Bellamy created the original pledge, and over 20 years after it was adjusted, Congress officially legislated the Pledge of Allegiance into the Flag Code. In some states, legislatures made it mandatory for children to recite the pledge in school every morning. Sadly, this action was challenged. The Supreme Court eventually ruled that schools could not make its recitation mandatory in schools.

In 1954, after intense lobbying from several groups, President Dwight D. Eisenhower signed a bill into law that would once again change the Pledge of Allegiance and add “under God.” A number of people challenged the action, calling it a violation of the Constitutional demand for separation of church and state.

These concerns were later dismissed as supporters of the change debated that the words “under God” simply meant divine guidance — meaning the phrase wasn’t necessarily based on any one religion.

The pledge hasn’t been altered since Eisenhower adjusted it in 1954. Something else that hasn’t changed is the fact that it is still being challenged to this day. However, some schools still require or at least ask their children to recite the up-to-date version of the pledge:

“I pledge allegiance to the flag of the United States of America and to the republic for which it stands, one nation under God, indivisible, with liberty and justice for all.”