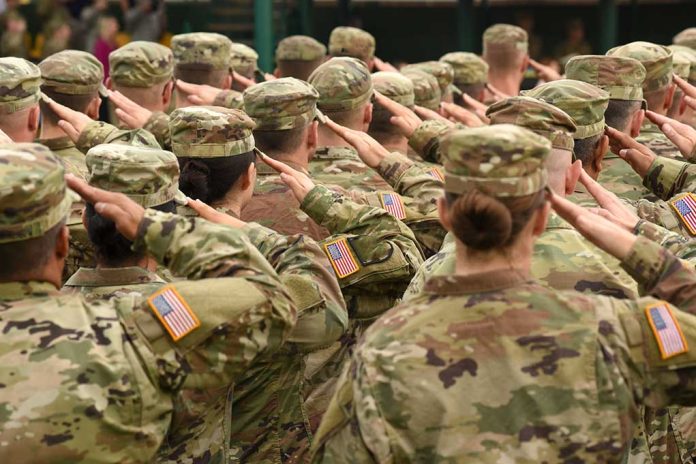 (IntegrityMag.com) – The United States military has been the envy of the rest of the world for a long time. It’s better funded and better equipped by far than any other force in history. However, it does have its problems. Recent reports suggest the Army is struggling to retain enough personnel to support its operations.

On Tuesday, July 19, Gen. Joseph Martin, the Army Vice Chief of Staff, told the House Armed Services Committee panel the Army is on track to be approximately 7,000 service members short of full strength by September 30, the end of the fiscal year (FY). By the end of FY 2023, the branch will have 28,000 fewer soldiers than it initially predicted.

US Army abandons recruitment goals, but not its woke policies. Now we have a problem. https://t.co/j1gMAjuipM

Critics have noted the military’s “woke” agenda might be a contributing factor in its struggle to attract recruits. Controversial policies that could affect retention and recruitment include diversity quotas and vaccine mandates.

Other factors potentially playing a role include low levels of unemployment in the civilian population, more demanding medical screenings, a decreasing number of individuals in America who are eligible to serve, and inadequate marketing. The Army has attempted to increase participation using various methods, such as allowing entrants without high-school diplomas, but these are controversial because they risk lowering standards.

Are you concerned about this state of affairs?