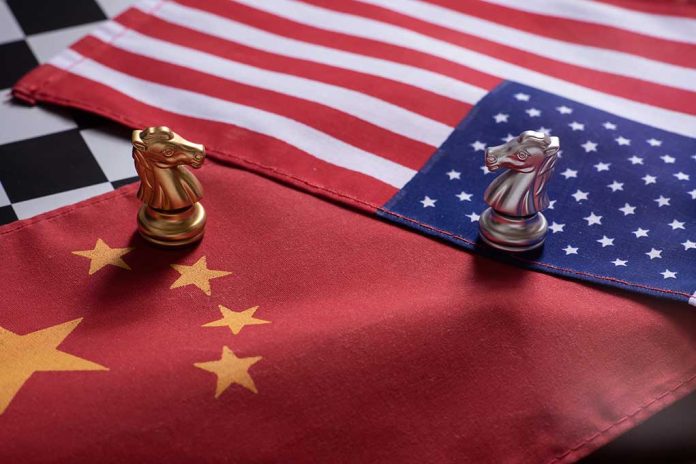 (IntegrityMag.com) – China’s state-run Global Times reports the Beijing-based government is not at all happy about the prospect of House Speaker Nancy Pelosi visiting Taiwan during her trip to Asia next month. Wu Qian, a spokesman for the Chinese Defense Ministry, made some serious threats to US military assets should the lawmaker go through with the trip. The mouthpiece for the government noted the People’s Liberation Army (PLA) forces were training with “new missiles.”

The weapons Qian referenced could be hypersonic missiles, a new generation of rocket able to travel at least three times the speed of sound, far too fast for current air defense countermeasures to intercept. Aircraft carrier killer bombs, another newer Chinese deployment, are ordinances delivered by aircraft with unique qualities designed to incapacitate and destroy the floating cities. The spokesman alluded to the strait of Taiwan being a live theater for testing the weapons in action should the speaker dare to step foot on the island.

Pelosi hasn’t notified the State Department of any official plans to visit, nor is it on her official schedule for the trip.

"We're just not going to speak on her schedule."

While that may be true, the US military will be on alert and ready if the senior House leader chooses to add a stop to her itinerary. Chairman of the Joint Chiefs of Staff Gen Mark Milley said the Pentagon regularly provides security for US officials on foreign visits but declined to comment on policy.

Do you think Pelosi should poke the Chinese and show up in Taipei? Reply to your email and let us know what you think. We’d love to hear from you.