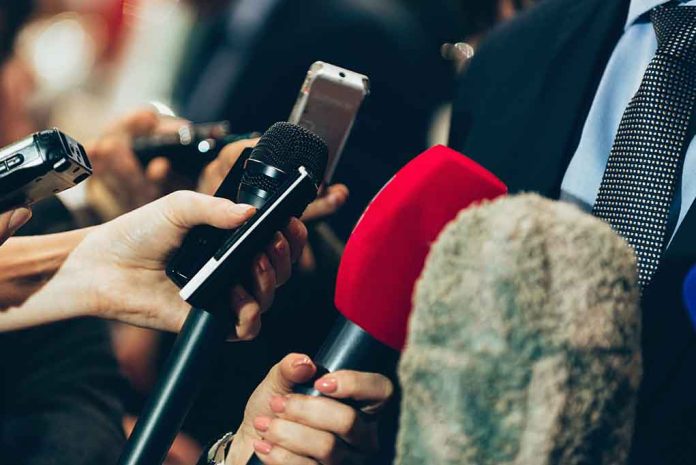 (IntegrityMag.com) – Since entering the White House at the beginning of 2021, President Joe Biden has cultivated a reputation for being evasive when it comes to the press. He’s held fewer media conferences than his predecessors and has studiously avoided answering reporters’ questions off the cuff. He bucked that trend with a marathon two-hour press conference four weeks ago, though, and we now have new insights into how his supporting officials felt on that day.

White House Press Secretary Jen Psaki recently made an appearance on the “Literally! With Rob Lowe” podcast. Host Rob Lowe asked Psaki what was going through her head when Biden decided to extend the press conference past its scheduled length of one hour.

Lowe implied Psaki might have been worried, but the press secretary appeared to disagree. In a lengthy and indirect answer, she admitted she was unsure of the direction the discussion might take but didn’t say she had any concerns. She echoed this sentiment during a different interview with Fox News host Dana Perino, stating President Biden enjoyed having a back-and-forth with reporters.

So, what do you think of Jen Psaki’s remarks on Joe Biden’s allegedly unplanned media conference? Is she telling the truth, or is she misrepresenting what happened to suit the administration’s narrative about Joe Biden’s competence? Is it time reporters stood up to Psaki and Biden and demanded more transparency?