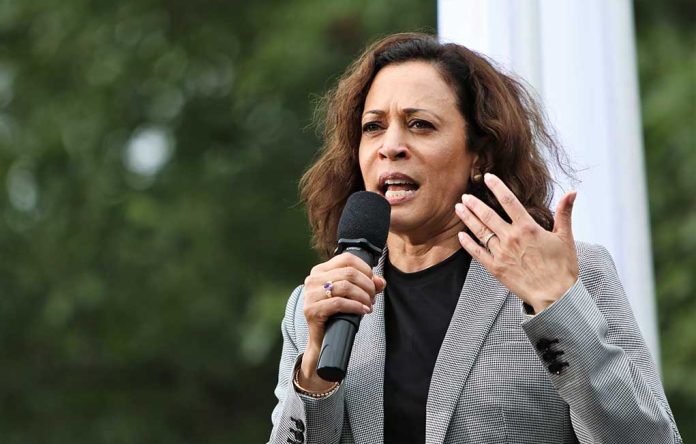 (IntegrityMag.com) – Greta Thunberg, the young climate activist from Sweden, captured the entire world’s attention when she began campaigning outside her national parliament at the age of just 15. Many admired her passion and belief in environmental causes, but others criticized her for being too hysterical in her talking points. It appears Vice President Kamala Harris is now taking direction from the Swedish activist when writing her speeches.

On Wednesday, May 4, the vice president spoke at an event hosted by EMILY’s List, an abortion advocacy group, following suspicions that the US Supreme Court may be leaning toward overturning the precedent set by “Roe v. Wade.” A leaked opinion allegedly written by Justice Alito sparked the controversy. Harris blasted the court’s intentions, claiming the justices were trying to “deny women their rights and their freedoms.” She stressed her belief that abortion was a “fundamental right” and described the potential overturn of “Roe v. Wade” as a “direct assault on freedom.”

Conservatives were quick to lampoon the dramatic tone of Harris’ words. Conservative columnist Tim Young came up with the parallel between Harris and Greta Thunberg, targeting the vice president with the tweet below.

Greta Thunberg is better at pretending to be outraged than Kamala Harris. https://t.co/bhvQ38WTIE

What did you think of Kamala Harris’ speech?