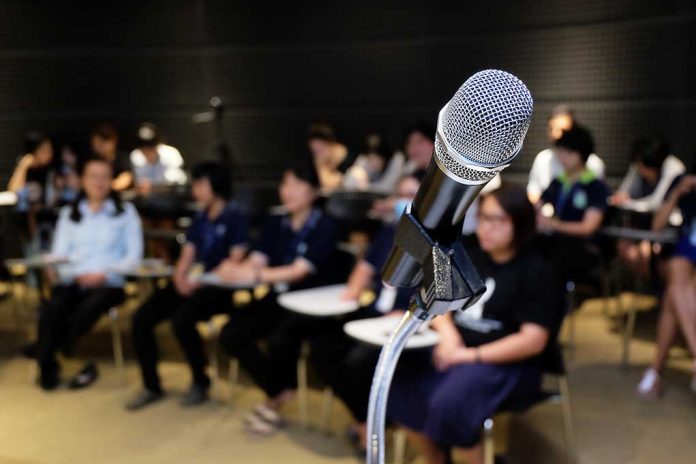 (IntegrityMag.com) – School boards have increasingly become the setting for furious arguments of late. Parents and board members have become at odds over issues like critical race theory and bathrooms for trans or nonbinary students. Recently, a technical mistake led to an embarrassing moment for one board member following a submission from a parent.

Lauren Roupoli spoke out against classroom mask mandates at a recent Los Alamitos Unified School District Board of Education meeting. She claimed the risks of the mandate, which affects about 6.7 million California students, far outweigh its benefits.

Her comments were apparently popular among other parents; she received a round of applause from the room after she finished talking. Board President Marlys Davidson clearly wasn’t impressed. She said “f— you” during the applause, seemingly unaware that her mic was active.

Davidson has since issued an apology and claims she believes all parents have the right to make their voices heard regarding issues affecting their children. She also reiterated her ongoing commitment to her role.

Lauren Roupoli isn’t having it. In a statement to local media, she said she thinks Davidson should step down. The concerned parent said the president had displayed her “true colors,” telling local news station KTLA, “there’s no taking that back.”

What do you think? A relatively harmless mistake or a sign of contempt?