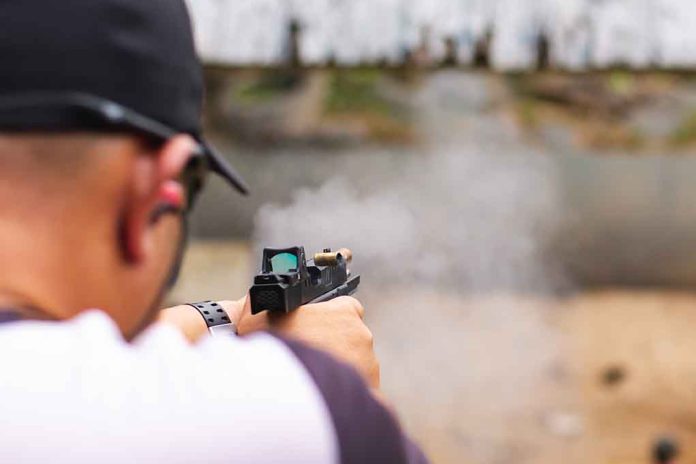 (IntegrityMag.com) – Regrettably, mass shootings remain a part of US life in 2022. Well-publicized shooting incidents recently occurred in Sacramento, California, and New York City. In South Carolina, a man allegedly opened fire at a mall on Saturday, April 16, leaving 14 people injured. While police believe he’s the chief suspect in the case, a court arraigning the alleged assailant set a surprisingly low bail amount for a suspect accused of violent assaults.

According to Fox News, police arrested Jewayne Price, 22, on suspicion of unlawfully carrying a pistol following the shooting. Law enforcement also charged two others but determined they weren’t involved in the incident and released them. The court arraigned Price, and the state judge in the case released the suspect on a $25,000 bond.

Jewayne M. Price, a 22-year-old man, has been arrested in connection to a shooting at a South Carolina mall Saturday afternoon that left 14 people injured.https://t.co/Yv7ZOOArsj

Should Price post the bond, the authorities will place him under house arrest and require him to wear an ankle bracelet. He will be allowed to travel to and from work while wearing the bracelet.

Columbia Police Chief Skip Holbrook told reporters the shooting was not random. Instead, he believes the perpetrator knew others who were involved. Police said at least two firearms were used in the shootout.

Do you think low bail is appropriate in cases like these, or should courts ensure potential offenders like Price remain off the streets until they stand trial?