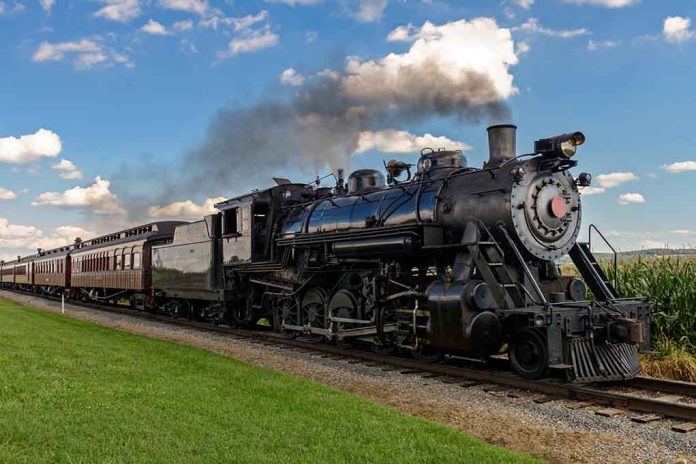 (IntegrityMag.com) – National Museum Wales (NMW) announced it would begin looking into how slavery influenced the development of steam locomotives. The move is part of the museum’s new progressive mission to audit its collection for offensive items. As a result, the replica of Richard Trevithick’s steam-powered train and other historical exhibits may exhibit new warnings.

The NMW has yet to find any link between Trevithick’s locomotive and slave trading, but officials insist it was a part of that history. The museum states the industrialization of Wales occurred on the backs of those taken into slavery, and train technology was a large part of the process.

Steam-powered locomotive cancelled from National Museum Wales's collection. It has "no links to slavery, but the museum has claimed that the steam power [the inventor] harnessed helped drive an imperial British economy that was tied to the slave trade." https://t.co/lG84YURdk9

There is no evidence suggesting Trevithick had any connections to slavery. Railway investors sometimes owned slaves, but they had no direct link to the locomotive’s inventor.

The colonialism audit at NMW is part of the museum’s Charter for Decolonising. NMW attributes the new woke focus to Black Lives Matter on its website. The charter attempts to find exhibits steeped in racism and colonialism.

GB News host Darran Grimes called the mission “absurd,” noting the NMW doesn’t recognize that good and bad are a natural part of history. Sophie Corcoran, a political commentator, called the effort an attempt to rewrite history and commented trains couldn’t be racist.