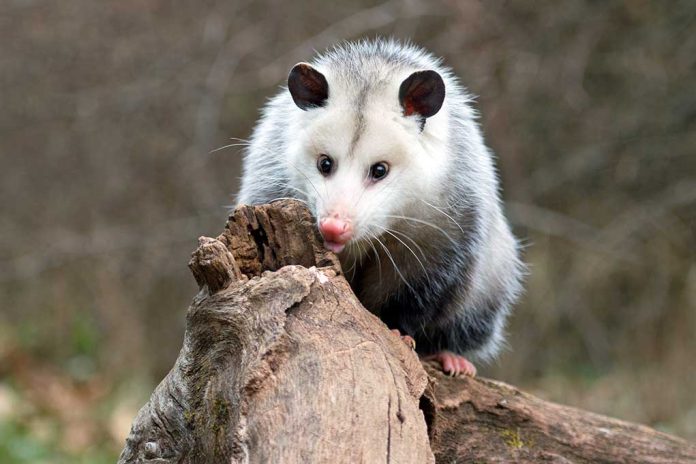 (IntegrityMag.com) – The Fourth Amendment protects US residents from unreasonable search and seizure. In practice, police must get a search warrant before entering a home to search for contraband or evidence of a crime. Officers will often obtain a warrant to look for illegal drugs, an unlicensed firearm or something of that nature. Recently, though, police officers in Birmingham, AL executed a warrant to search for something much more unusual.

On Friday, September 24, three trucks containing law enforcement officers and game wardens pulled up to a house looking for a four-year-old opossum. The wardens, with the Alabama Department of Conservation and Natural Resources’ Wildlife and Freshwater Fisheries Division, took the creature (named Donovan) from Matt Mathews.

One of the most sought boudoir photographers in the Southeast and champion barrel racer Matt Mathews is fighting back after he says state officials swarmed his property and took his opossum. https://t.co/UD02swGAqr pic.twitter.com/7lnSOtvc9h

Mathews received Donovan as a baby from an acquaintance who found him on the side of a road, unable to walk. It’s not clear why authorities went to such trouble to remove the opossum from Mathews’ care because, as Mathews himself admitted on his Instagram account, it’s illegal to care for opossums in the state of Alabama unless you have the proper license. The Wildlife and Freshwater Fisheries Division hasn’t answered media queries about the events surrounding Donovan’s repossession.

While Mathews accepts he broke the law, he maintains he wasn’t hurting anyone by caring for the opossum and feels the intervention by the authorities was excessive.