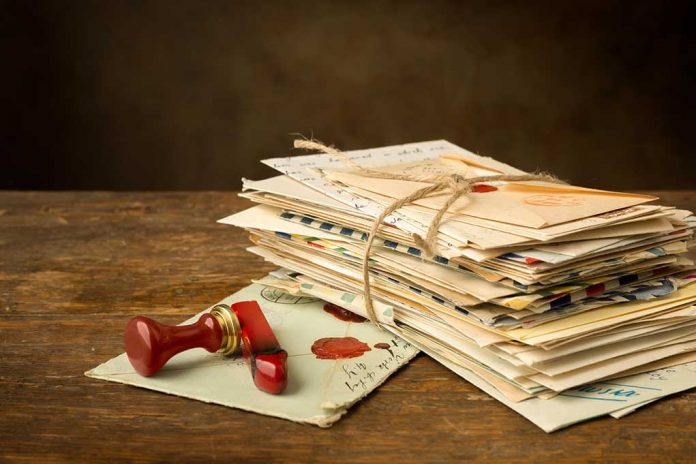 (IntegrityMag.com) – We often get little reminders of how close we are to important historical events. It can be a statue of a celebrated figure, a bullet hole in a well-known building, or, sometimes, something more personal. A family in Tennessee recently came across their own piece of history from World War II, having never previously known of its existence.

Brian Shelby donated several items to his local Goodwill store earlier this year, including an old jewelry box with a broken leg. Unbeknownst to Shelby, the box contained a number of letters, which store worker Melinda Brummitt found while looking at donations last month. The letters were from Gene Herron, who sent them to his sweetheart, Betty, while fighting the war in Germany in 1944.

Brummitt and her coworkers decided that Shelby hadn’t intended to donate the jewelry box with the letters inside. When he returned to the store, Brummitt recognized him and returned the jewelry box and letters.

Brian Shelby is the grandson of Gene and Betty. According to Gayle Skelton, the couple’s daughter and Shelby’s mother, the family didn’t even know the letters existed before Brian mistakenly donated the jewelry box.