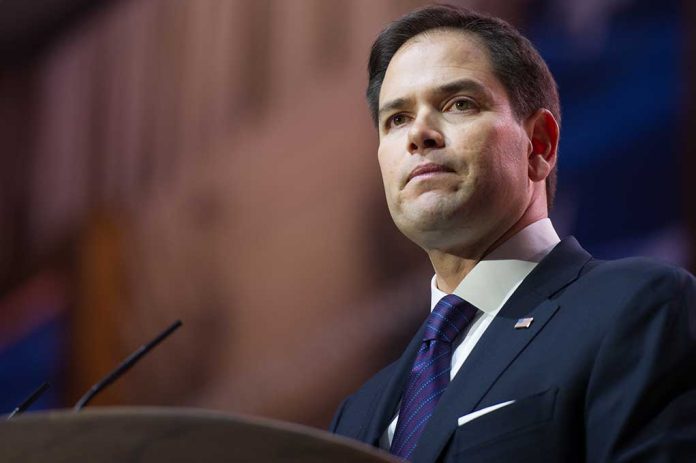 (IntegrityMag.com) – Anti-Second Amendment activist David Hogg recently found himself backpedaling after an embarrassing exchange with Senator Marco Rubio (R-FL). In a since-deleted tweet, Hogg accused the senator of refusing to meet with him, which turned out to be false. After a good tweet-lashing by the Senator’s office, Hogg had little choice but to apologize.

Hogg’s deleted tweet suggested that Rubio refused to meet with him because Hogg somehow “triggered” the senator. Rubio’s staff revealed the truth: Senator Rubio had an appointment that same day at 2 p.m. with Hogg and March for Your Lives, the anti-gun activist group, which staff members promptly canceled after Hogg’s accusations went viral.

Rubio’s Chief of Staff, Michael Needham, let the young man know he wouldn’t be meeting with anyone:

No one said such a thing. As for the meeting, you must be confused as we had a 2p meeting scheduled with you. However, since you are lying and clearly using this all for self-promotion, that meeting is now cancelled. https://t.co/dteqDZ7ruM

Hogg crawled back with an apology shortly thereafter, explaining he was wrong and had his schedule mixed up. He apologized to the senator and posted a screenshot of his original tweet, which he says he deleted because “it wasn’t true.”

.@marcorubio an honest mistake, got our meetings confused in the flurry and my staff misinformed me. I apologize. We’d still love to meet with you and have an honest, respectful discussion. Deleted the tweet bc it wasn’t true but attaching here for transparency. pic.twitter.com/icmaLoSA0C

While it may seem admirable for Hogg to apologize for the error, it’s difficult to forget his reactionary and cruel response to a situation he seems to have created for himself. Does he really deserve another chance?