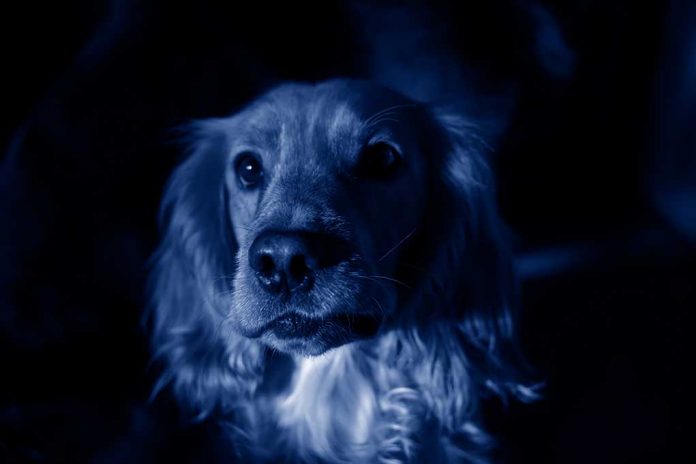 (IntegrityMag.com) – Everyone knows of the risks associated with industries using dangerous substances in their work. Perhaps the best example is the Chernobyl nuclear power plant explosion in 1986; it left the surrounding area uninhabitable for an estimated 20,000 years. While this story doesn’t deal with quite so catastrophic an outcome, it makes for curious reading nonetheless.

Earlier this year, reports from Dzerzhinsk, Russia, emerged of packs of blue dogs roaming the snow-laden streets. Of course, dogs exist in various colors, but bright blue generally isn’t a shade we associate with a healthy canine outside of cartoons.

However, analysts believe they know what caused the anomaly. The sightings of these animals were all near Dzerzhinskoye Orgsteklo, where a series of now-closed chemical factories remain. It’s likely the odd-looking hounds either rolled in or consumed some form of chemical residue from the plants, possibly copper sulfate.

A Pack Of Blue Dogs Was Found Roaming Near A Shuttered Chemical Plant In Russiahttps://t.co/gkRYsON6cM…

So, is there concern for the welfare of the dogs? Not among local officials. A representative of the Dzerzhinsk city government claimed a “preliminary visual inspection” revealed the animals to be in reasonably good health.

However, Kelly O’Meara of Humane Society International wasn’t so sure. The fact they had clearly suffered exposure to chemicals presented an “obvious welfare issue,” she said. The animals could be in pain or suffering from irritation related to this exposure.