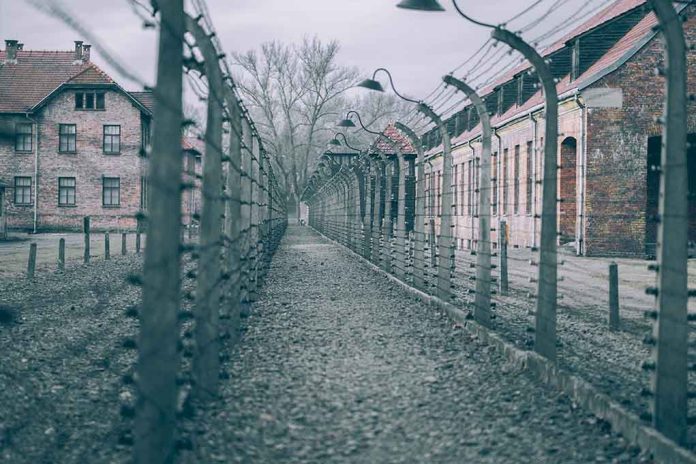 (IntegrityMag.com) – Some of the fiercest ongoing disputes in the world today center around religion and religious discrimination. Often, zealous followers of particularly fundamentalist faiths have no interest in considering any viewpoint but their own and will violently oppose anyone who tries to challenge their worldview. Tragically, that’s exactly what’s happening in the case of Hassen Chalghoumi.

Chalghoumi is a French imam (minister of the Islamic faith) renowned for his efforts to bridge gaps between Muslims and members of other religions. He has denounced acts of Islamic terrorism and even supported the French government’s decision to ban burqas. Unfortunately, his efforts have cost Chalghoumi dearly.

During an interview on French television earlier this month, the imam related he and his family have received death threats for years. They began when he called for other Muslims to respect events commemorating the Holocaust in 2005.

1/2 French Tunisian Imam Hassen Chalghoumi in Emotional Interview: Ever Since I Called to Respect Holocaust Commemoration in 2005, My Family Has Lived Under Threat from Islamists; We Have Been Assaulted, Received Death Threats – I wear a Bulletproof Vest to the Mosque pic.twitter.com/CjKeGkpstO

Chalghoumi reported that his daughter was assaulted and subsequently gained 30 kilograms (66lbs). Attackers have targeted his car and his house. Today, he wears a bulletproof vest and visits his mosque at a different time each day to make himself more difficult to track.

When a man simply wanting peace in the world meets this kind of violent opposition, what hope do we have of making things better in the future?