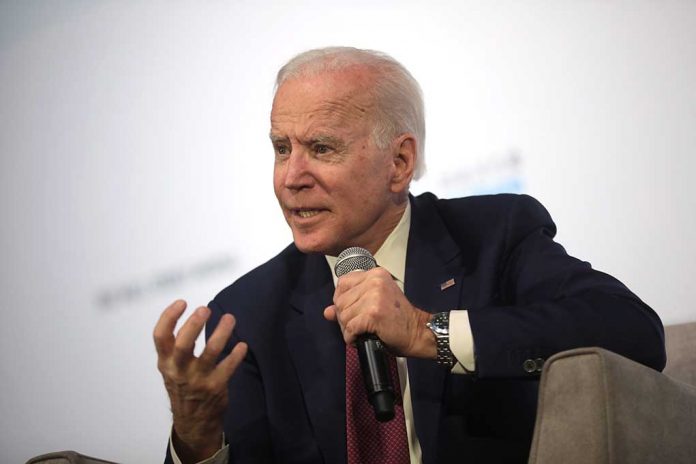 (IntegrityMag.com) – President Joe Biden has attracted plenty of scorn for his policies, particularly in relation to the border crisis and the withdrawal from Afghanistan. However, his proneness to embarrassing gaffes (which happened frequently long before he entered the White House) has arguably earned him even more negative attention. He recently added another gaffe to that list during a public appearance, this time while discussing the weather.

During a press conference on Tuesday, September 7, after talking about the damage Hurricane Ida caused in New York and New Jersey, Biden referred to the problem of tornadoes in other states. He was somewhat unclear on what kind of storm he was actually discussing, though, puzzlingly claiming about tornadoes, “they don’t call them that anymore.” You can see for yourself in the video below.

Joe Biden on tornadoes: "…they don't call them that anymore…" pic.twitter.com/HwkpYzv8bm

Making matters worse, Biden’s reference to “Iowa and Nevada” has some analysts wondering whether he’s confused about his state geography. Nevada is not a state with a severe tornado problem; Nebraska, however, does get frequent tornadoes, borders Iowa and may have been what he intended to say.

Biden supporters quickly pointed out that the president may have been referring to derechos (another type of storm) rather than tornadoes. However, this explanation will count for little to the growing number of voters who view the president’s verbal clumsiness as an embarrassment.