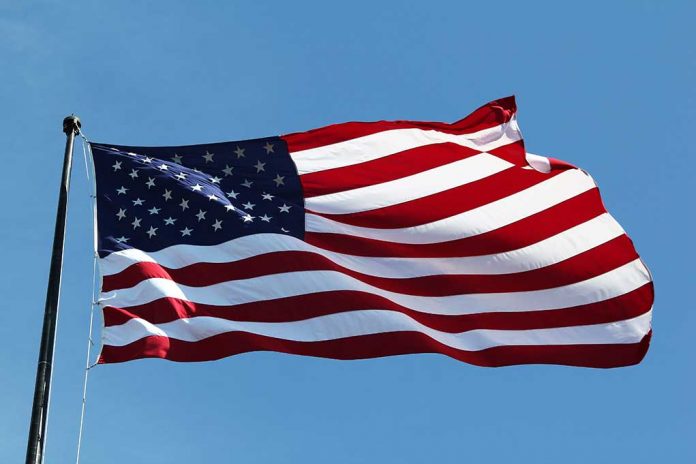 (IntegrityMag.com) – The American flag represents freedom and prosperity all around the world. Despite this fact, some Democrats and Left-wing extremists have taken it upon themselves to attempt to destroy the pride associated with Old Glory and its history, according to the New York Post.

So, you’ll be happy to hear that a recent survey shows that 82% of Americans feel “pride” or “patriotism” for the Stars and Stripes. Respondents ran the gamut from the Left to the Right rather than belonging to any one political party. In fact, 94% of Republicans, 70% of Democrats, and 82% of Independents all felt the same way.

"I’d like to remind them that the right to express that view was paid for by the blood of men and women who made the ultimate sacrifice to protect this symbol of freedom around the world.”https://t.co/SR3UmZD1ON

Approximately 44% of voters believe that “pride” is the best way to describe how they feel about the flag. Another 38% say “patriotism” better describes their feelings. The minority, 18% in the poll, stated they felt shame (5%), suspicion (3%), or indifference (10%).

Despite the efforts of some, it would seem the symbol many see as one of unity still bands us together against those who would stand against the American Red, White and Blue for any reason. We are one nation, under one flag, and together we stand with our banner and embrace the beauty of it.