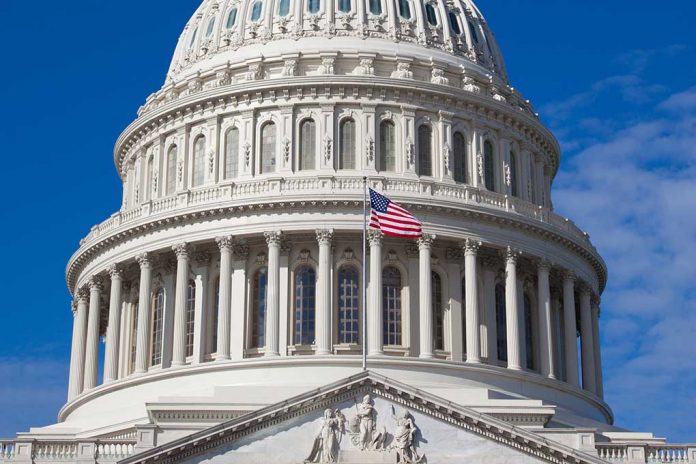 (IntegrityMag.com) – Rep. Madison Cawthorn (R-NC) is quickly making a name for himself among the new generation of American Conservatives. Congress’s youngest representative has shown he isn’t content to merely occupy the background, making his voice heard on various key issues. Now, he’s sharing his views on the Second Amendment and the right to bear arms.

On Wednesday, June 16, Rep. Cawthorn spoke to Newsmax anchor Chris Salcedo on the topic of guns. Specifically, he discussed one of the original justifications for the Second Amendment — the idea that armed citizens could overthrow a tyrannical government. Cawthorn opined that this was the central reason for the Amendment, which, he claimed, “was not written for sporting.” To live without the Amendment would be to give the government “a monopoly on force and lethality,” Cawthorn said.

One of the usual counter-arguments to this line of thinking is that a civilian army could not hope to overcome the US military, should things ever get that bad. Cawthorn rejected this logic, saying, “ask the Viet Cong” how they managed to thwart US forces in Vietnam.

Madison Cawthorn: "Every single American is the royalty in this country, your house is your castle and you do not simply have to bend the knee and kiss the ring simply because someone has a bigger gun in Washington DC." @CawthornforNC https://t.co/VlT7z8drtO pic.twitter.com/JAvPyCokLb

During the interview, Cawthorn also sounded off on the risks of big government, claiming “more people in work boots” needed to be involved in the legislative process.